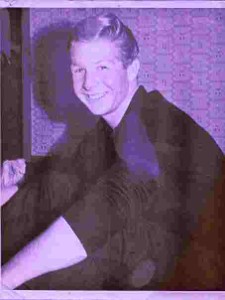 Bryan started out learning Yoga in his late teens from one of Martin Jackson's students. He was a pretty keen Squash player and was playing at a reasonable level, being pretty fit at that age. He played regularly with a friend who, even though the rallies were long and arduous, managed to always win every point. That's when Bryan started Yoga. Three months later he was taking all the points off his friend. Yoga made all the difference. Bryan could see there was something to it.

When his teacher moved away from Christchurch (New Zealand), Bryan took over the teaching. He opened a Yoga School (Inner City Yoga). He liked the acronymn ICY.

During this time he attended a Yoga Teachers' Training course (for three months full time) with Martyn Jackson in Sydney. He saw Iyengar when he came to Melbourne with the IYTA in 1983. He moved to Melboune in 1986 and worked with Shandor Remate in Carlton. He became friends with Peter Scott and Mark Gibson. Bryan helped Peter Scott set upo Rathdowne Yoga Room

In 1987 he visited Iyengar in India with Peter Scott in a group lead by Pixie Lillas. There he is on the right in red.

In 1990 he moved to Sydney and took up Qigong as he had suffered an accident in a Yoga class and damaged his spine.

In 2004 Bryan moved back to Melbourne. He trained Wushu with Master Tang Laiwei in Nunawading. Bryan holds a double Black Sash in Wushu and Taiji, rising to level 8 Orange Sash in Wushu and level 6 Gold Sash in Taiji.

Bryan has trained regularly with Zhu Tiancai one of the four Tigers of the Chen Village Taiji system and also Malissa Ng. Chen style Taiji is Bryan's preferred Taiji style.

In January 2011 restarted his regular Pranayama practice and ever since has maintained at least a one hour a day practice of Pranayama.

In June, July 2012 Bryan went back to India to see Mr Iyengar and renew his connections with Yoga. He plans to return to India regularly to continue his long relationship with the yoga tradition.

In January 2014 Bryan trained with  the Mohans in Chennai. In June, July 2014 Bryan visited the Iyengar Institute in Pune. In May and November 2014 and March and November Bryan attended workshops with AG Mohan. In January 2015 Bryan is attending a Svastha Yoga training course with Ganesh Mohan for five weeks in Bali. He is now a qualified Yoga Therapy practitioner.

Bryan continues to train with the Mohans and any significant teachers that come to Australia such as Mira Mehta, Lois Steinberg and Stephanie Quirk.

Bryan teaches regularly at Dance of Life in Fitzroy and runs Workshops on Pranayama and How to practice yoga using the Patanjali Darsana.

He is also teaching from Local Yoga at 345 St Georges Road.